To genuinely grasp new decision-making skills, students need to be encouraged to make decisions about activities and issues that matter to them, believe Amy Day and Kristen Jawad, co-founders and facilitators of the Seattle-area nonprofit Clarity4Action. So when Day and Jawad wanted to refresh the materials they use to teach middle and high school students about recognizing and resisting the common thinking errors known as cognitive biases, they extended an opportunity to young filmmakers to develop a relatable video resource.

Day and Jawad are interested in helping students learn and practice decision-making skills in the “third places” where people socialize and pursue their hobbies, so they used a grant from the Alliance for Decision Education to launch a project with the staff and students at The Riekes Center for Human Enhancement in Menlo Park, California. “Both of our organizations share a value of meeting people where they are, having meaningful experiences, learning by doing, and collaboration,” Day said, “so it was really easy to work with them and be aligned in that.” Drew Annis, a film instructor at The Riekes Center who has previous experience as a decision educator, recruited students in middle school, high school, and college to participate in all aspects of creating a film about cognitive biases, including writing, directing, acting, and camerawork.

With guidance from Day and Jawad, students made an 11-minute film, “The Teenage Mind,” which centers on Margo, a teenager who’s trying to decide what she should do with her life after graduating from high school. Should she work at her father’s auto repair shop? Should she accept an opportunity to play college softball with her long-time friend and teammate? Or should she go to art school? An astute viewer will notice that Margo and the friends and family who influence her exhibit various cognitive biases as they discuss those alternatives.

Students Isabel Ramirez, Saniyeh Syed, Miriam Dijamco wrote a script that addresses concerns common to most teens: dealing with the limitations imposed by stereotypes, navigating the possibilities of disappointing friends and family, and pursuing a future that balances one’s dreams with practical matters. The students selected the film’s topic and developed the characters, Jawad noted, and she and Day provided them with readings, videos, and coaching over the phone so they were able to weave cognitive bias examples throughout the script. Students discussed how they experience cognitive biases like groupthink and bandwagon effect. Sunk-cost effect also resonated with students because they often feel compelled to stick with activities that no longer align with their values or remain in unhealthy friendships, solely because they’ve invested a lot of time in them.

Day and Jawad traveled from Washington to California to support the students during the filming of “The Teenage Mind.” Students in middle school, high school, and college worked together on the project, and parents and a professional actor volunteered their time to help with the production. Day said there were “so many layers of learning” for the students as they worked to collaborate effectively and meet deadlines, just like they would be if they were working in the film industry. Jawad noted the younger students learned a lot from working with the college students and hearing about their early experiences with pursuing filmmaking professionally. “The pressure of deciding where to go to college and decide on a career path was obviously on students’ minds as they wrote the script,” she said.

In addition to helping students explore the difficulty of making major life decisions and the ways cognitive biases can interfere with thinking clearly, Day and Jawad also unexpectedly coached students through the kind of in-the-moment decision making that always seems to pop up while working on a tight timeline. Just as filming was about to start at a community center, the group discovered two camera lenses they needed had gotten locked in a classroom. “That should’ve been in the blooper reel,” Jawad said. However, instead of blaming one another, “everybody, all of a sudden, went into alternatives generation,” Day said. The group tried to figure out all the ways they could get access to the classroom, while simultaneously planning what they would be able to accomplish with the one lens they still had. “That was activated learning in the decision process, right there.” Thankfully, they found someone working in the clay studio to unlock the door.

Day and Jawad use “The Teenage Mind” in support of teaching Clarity4Action’s VIDA method, which helps students identify their values, get acquainted with their “internal operating system,” learn a six-step process for decision making, and develop essential life skills related to taking effective action, like time management and communication. Familiarizing students with their internal operating system includes learning about cognitive biases and gets them to recognize how they can use their brains to be in a better decision fit state. Before they teach a lesson about cognitive biases, however, Day and Jawad simply ask students to discuss how they relate to the big decision the main character faces about her post-secondary plans. Then, after they give a crash course in cognitive biases, they replay the video and ask students to identify how cognitive biases distort the ways Margo and her friends and family think about her future. Realizing how cognitive biases are “hidden” in both the video and our everyday reflections makes an impression on the students. Day said, “They start to have conversations about ‘What am I missing?,’ ‘What am I not even aware of in conversations?,’ ‘What are the assumptions I’m making with my peers, my family, even with the media?’” Students are also encouraged to recognize the cognitive biases that most often distort their own thinking and come up with “antidotes” to resist them.

Day and Jawad noted that decision fitness and emotional regulation concepts seem to really click with students when they can apply them to their current hobbies and interests. “It’s so great to slow down, to meet students where they are, to give them an experience that can deal with the whole person,” Day said. “Project-based learning is something we’re really passionate about,” Jawad said, so guiding the small group of film students to create “The Teenage Mind” to help many more students learn about better decision making was an experience well-aligned with the ways Clarity4Action wants to teach. “The students are never going to forget it,” Jawad added. “They actually have learning evidence—the film that they created.”

Clarity4Action is a nonprofit that works with parents, schools, and students to help people navigate life successfully through an activated decision method and meaningful learning experience. Connect with Amy Day and Kristen Jawad to discuss courses for teens, their Decision Parenting course, or to organize a training for your group. 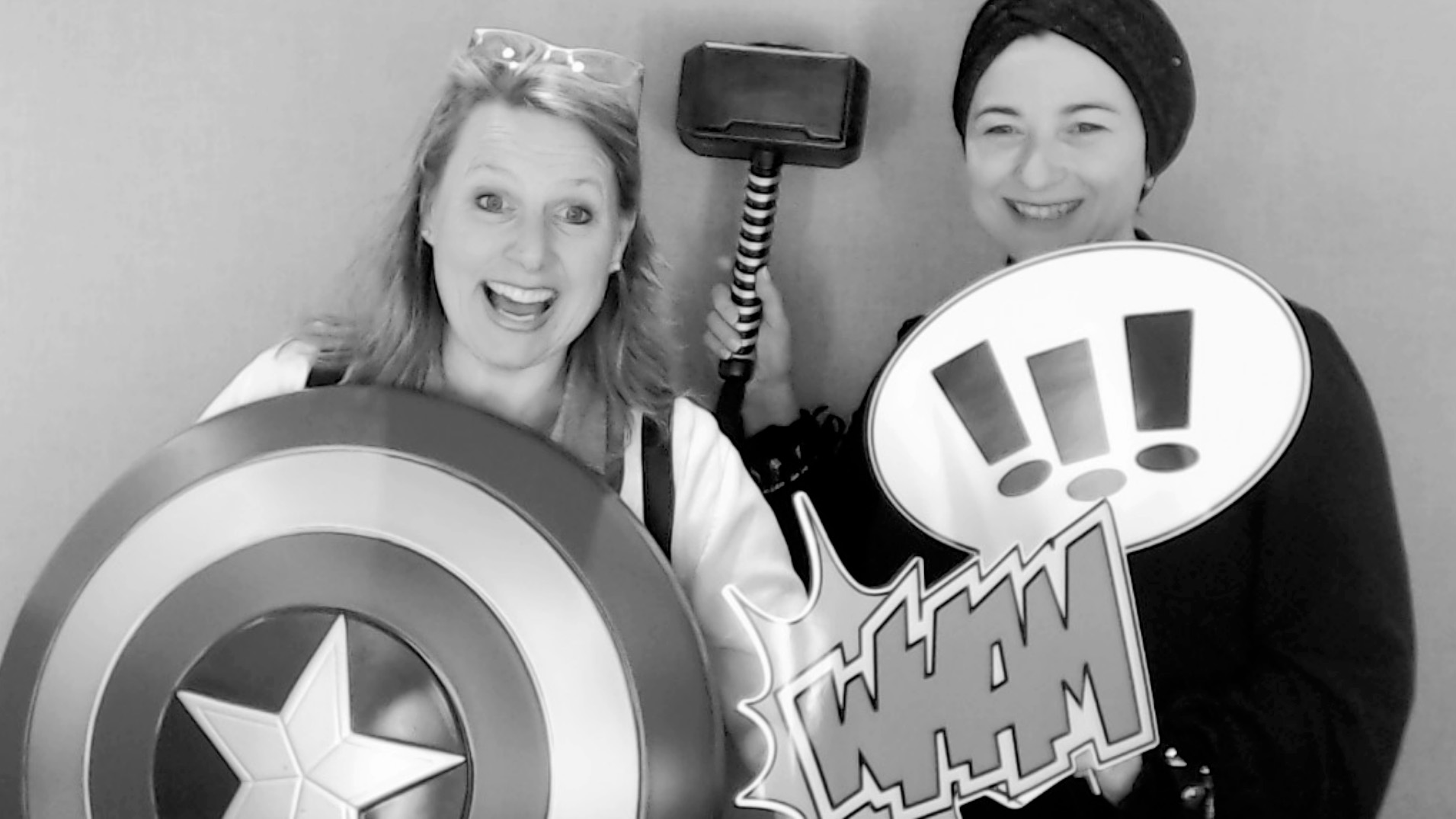 Check out our other blog posts

The Alliance for Decision Education is dedicated to the understanding that better decisions lead to better lives and a better society. Our mission is to improve lives by empowering students to be better decision makers. The Alliance is gathering education and industry leaders, researchers, policymakers, educators, program providers, and parents from across the country to ensure Decision Education becomes a critical part of every middle and high school student’s learning experience. We are building the field of Decision Education and creating a national movement that can, and will, make a difference in the lives of students for generations to come.

Follow the Alliance on Twitter at @AllDecisionEd or send us an email with your ideas and questions at Connect@AllianceForDecisionEducation.org

We will send you occasional updates on the organization. Your information will not be sold or otherwise distributed.